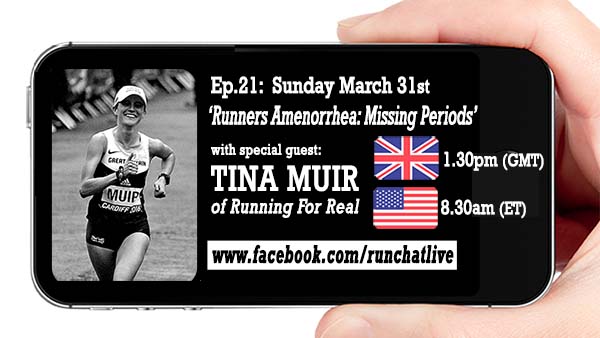 Athletic Amenorrhoea is a condition caused by overtraining in which menstruation becomes irregular or totally ceases. Many female athletes either regard it as a normal part of becoming the best or suffer in silence due to it still being regarded as a taboo subject.

In this episode of RunChatLive, we talk to Tina Muir, founder and host of podcast Running for Real. In 2016, Tina was a professional runner and Olympic hopeful at the peak of her career when suddenly after running the London Marathon in 2 hours 37 minutes she announced her retirement. The reason came soon after as Tina admitted that for 9 years of her 14-year running career she had ceased menstruation. Aware that athletic amenorrhea can reduce fertility, Tina made the decision to not only stop running but also speak out publicly about her 9 year battle to help inform other female runners of the dangers of this all too often silently suffered issue.

Tina Muir has been named by Women’s Running Magazine as one of 21 women changing the running world. With her hugely successful ‘Running For Real’ podcast and recent book ‘Overcoming Amenorrhea: Get Your Period Back. Get Your Life Back’, Tina is a true inspiration to female runners worldwide. And she’s also now a mother!

Concerned about irregular/absent menstruation?
Check out Tina’s book ‘Overcoming Amenorrhea: Get Your Period Back. Get Your Life Back’ (Amazon UK link: https://www.amazon.co.uk/…/B07ML1TS…/ref=dp-kindle-redirect…) and/or contact Tina direct via her website 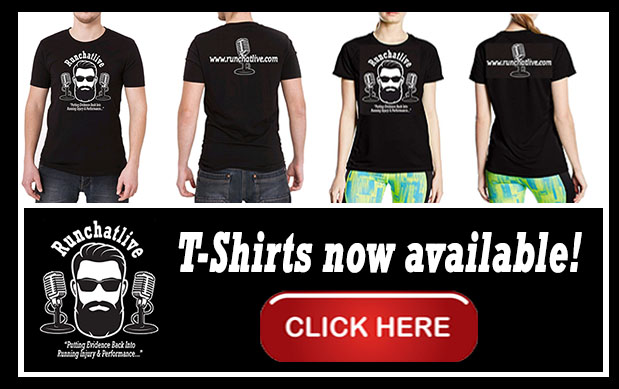