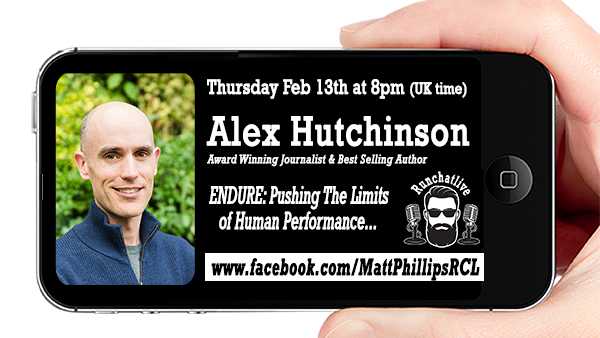 Alex Hutchinson is one of the world’s most highly respected authorities on the subject of endurance sports. With a PhD in Physics from Cambridge and a Master’s in Journalism from Columbia, his articles in Runner’s World, Outside Magazine, The Globe & Mail, are internationally acclaimed.

His 2011 book ‘Which Comes First, Cardio or Weights?’ is quite simply a ‘must have’ for anyone who does exercise. It was and still is THE bible of myth-busting misconceptions still found in the exercise industry.

In this episode of Runchatlive, we focus mainly on his 2018 book ‘Endure: Mind, Body and the Curiously Elastic Limits of Human Performance’, a New York Times best seller. The thrilling account of his involvement at Nike’s Breaking2 project in 2017 is in itself enough of a reason to read it, and it has so much more. Using endless real life examples of elite endurance athletes, Hutchinson explains why our individual limits may be determined as much by our head and heart, as by our muscles.

We also talk about Alex being one of the speakers at Tom Goom’s ‘Running Rehab, from Pain to Performance’ conference this April in London, along with Ian Griffiths, Claire Minshull and Chris Napier. With this line-up of speakers, the conference is destined to be a huge success and of huge value. 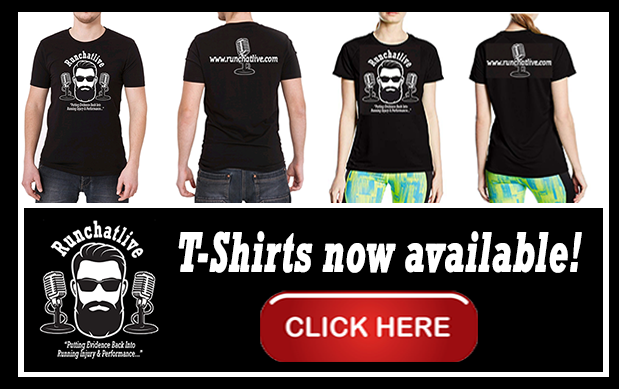